Pregnancy can turn you into a blubbering mess one day, a nauseous nightmare the next and a beached whale by the end. And through it all, many women also experience some pretty intense cravings for all sorts of weird and wonderful foods.

For me, it was mandarins and processed cheese slices – not so strange you might think, except that in my ordinary non-pregnant state, I really do NOT like either item at all!

We asked our Babyology community to share the strange foods they wanted to feast on while pregnant and their responses were eye-opening. Turns out, you may not be alone in your late night lettuce cravings after all … So what are some of the weirdest? Here are just some on the list that we can’t quite get our heads around:

If you were a bit of a salt fiend before you got pregnant, then it’s entirely possible that you might become a salt maniac when you’re expecting. That salt dial can get turned right up when you building another human being – and it’s a hard thing to resist. But too much salt in your diet is no great thing so this is one pregnancy craving you don’t want to let get out of hand.

“Pink Himalayan salt. On its own, by the teaspoon ” – Jacinta

Just like my strange mandarin and cheese slice craving, these mums just can’t get enough of a food that’s always been on their pre-pregnancy no-go list. In pregnancy, it seems it’s possible to love the things you hate. Weird, right?

“Chinese food. I hated it before I got pregnant!” – Barbara

“Tomato soup. Always hated it, had 2 weeks of cravings, then hated it again. Over 30 years ago and still hate it.” – Julie

“Beetroot. I hate it. But I ate three big cans of pickled beetroot at the end of my pregnancy ” – Marina 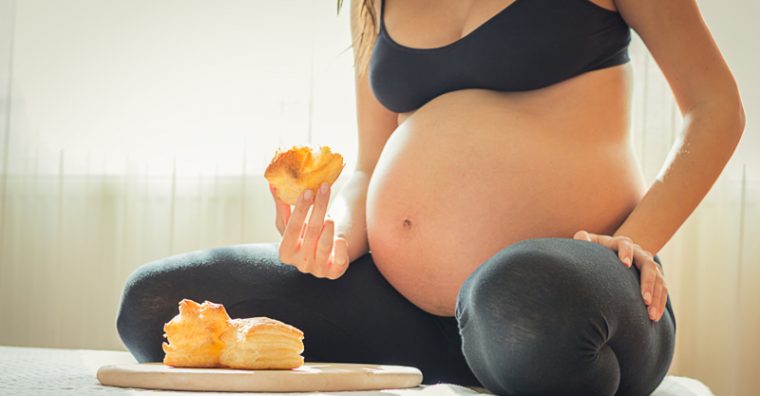 There are some craving combos that sound so strange at first … but then when you stop and think about them, they start to make a bit of  sense. Well, they would make sense if you were pregnant! Very often these at-first-glance strange food combos mix sweet with salty, and really who doesn’t love that combination on a plate?

“#1 Squeeze cheese [liquid cheese in a bottle] and pickles, or bacon-covered sundaes” – Felicia

“Burritos and oranges with both” – Wendy

With some pregnancy cravings, it’s not so much about WHAT you want to eat, it’s more about how MUCH you want to eat! Sure, it’s great that you’re making healthy choices food-wise, but is that undone if the only thing you are really eating is tonnes and tonnes of just a single food?

“Not sure if it counts, but oranges. I had a 4kg bag on my desk at work. The only thing I could hold down until after” – Christine